Edge of the Trees is a site-specific piece commissioned for the forecourt of the Museum of Sydney at its opening in 1995. The installation was created by artists Fiona Foley and Janet Laurence.

Their award-winning public art installation evokes the cultural and physical history of the site, before and after 1788: a pivotal turning point in our history, when contact and invasion / colonisation took place.

The name of the sculpture comes from an essay by historian Rhys Jones, 'Ordering the Landscape' in I & T Donaldson's Seeing the First Australians, Sydney 1985:

…the 'discoverers' struggling through the surf were met on the beaches by other people looking at them from the edge of the trees. Thus the same landscape perceived by the newcomers as alien, hostile, or having no coherent form, was to the indigenous people their home, a familiar place, the inspiration of dreams.

A 'forest' of 29 massive pillars – sandstone, wood and steel – cluster near the museum entrance. Wooden pillars from trees once grown in the area have been recycled from lost industrial buildings of Sydney. The names of 29 Aboriginal clans from around Sydney correspond to the 29 vertical poles. Walking between the pillars you hear a soundscape of Koori voices reciting the names of places in the Sydney region that have today been swallowed up by the metropolis.

Organic materials such as human hair, shell, bone, feathers, ash and honey, are embedded in windows within the elements, evoking prior ways of life. Natural and cultural histories are evoked by the names of botanical species carved or burnt into wooden columns in both Latin and Aboriginal languages, along with the signatures of First Fleeters. Place names are engraved on the sandstone pillars in English and Aboriginal languages. 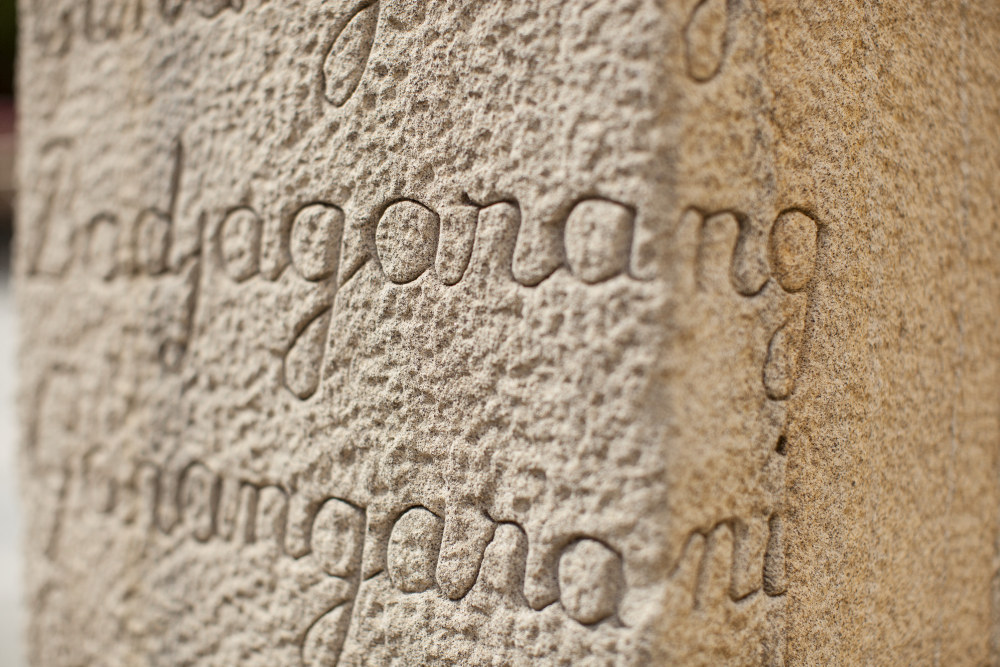