A fisher woman of Warrane

Daringa’s short but fascinating life reflects the connection of coastal Aboriginal peoples to the water, and the key role played by women in the fishing economy.

Daringa was about 18 years old when the First Fleet sailed into Gadigal waters in 1788. Throughout her life we can see a strong connection to Sydney Harbour and the water. Her name may derive from the word daringyan, which means ‘stingray’ in the Sydney language. The names of her half‑brother Moorooboora and mother, Pundah, reflect their associations with the area around what we know today as Maroubra, and with present-day Bondi, respectively.

Today, most people know of the continuous and intimate association between Aboriginal peoples, land, culture and dreaming, but the relationship with water is often overlooked. This connection is particularly significant in Warrane (Sydney Harbour) and its surrounds.

In coastal areas of Sydney, fishing was essential to Aboriginal culture and way of life both pre- and post-contact, and many of these traditions continue today. Fishing was a culturally significant role for women and made them the main food providers for their families. Colonial journals and old stories from Aunties and Uncles describe the garrigarrang (sea) of Warrane filled with nawi (canoes) from morning till night, as women fished the harbour. Often the women nursed their babies and sang while they fished, dropping their garradjun (bark fishing line) into the water, a crackling fire in the belly of their nawi as both a source of light and a means to cook freshly caught fish.

Several First Fleet journals mention Daringa in relation to the practice known as malgun, in which part of a female’s little finger is removed. Initially, this custom – observed along the coast of NSW – was believed to be a mark of married women, but observers came to understand that it was practised to assist with fishing:

Whilst the female child is in its infancy, they deprive it of the two first joints of the little finger of the right hand; the operation being effected by obstructing the circulation by means of a tight ligature; the dismembered part is thrown into the sea, that the child may be hereafter fortunate in fishing … 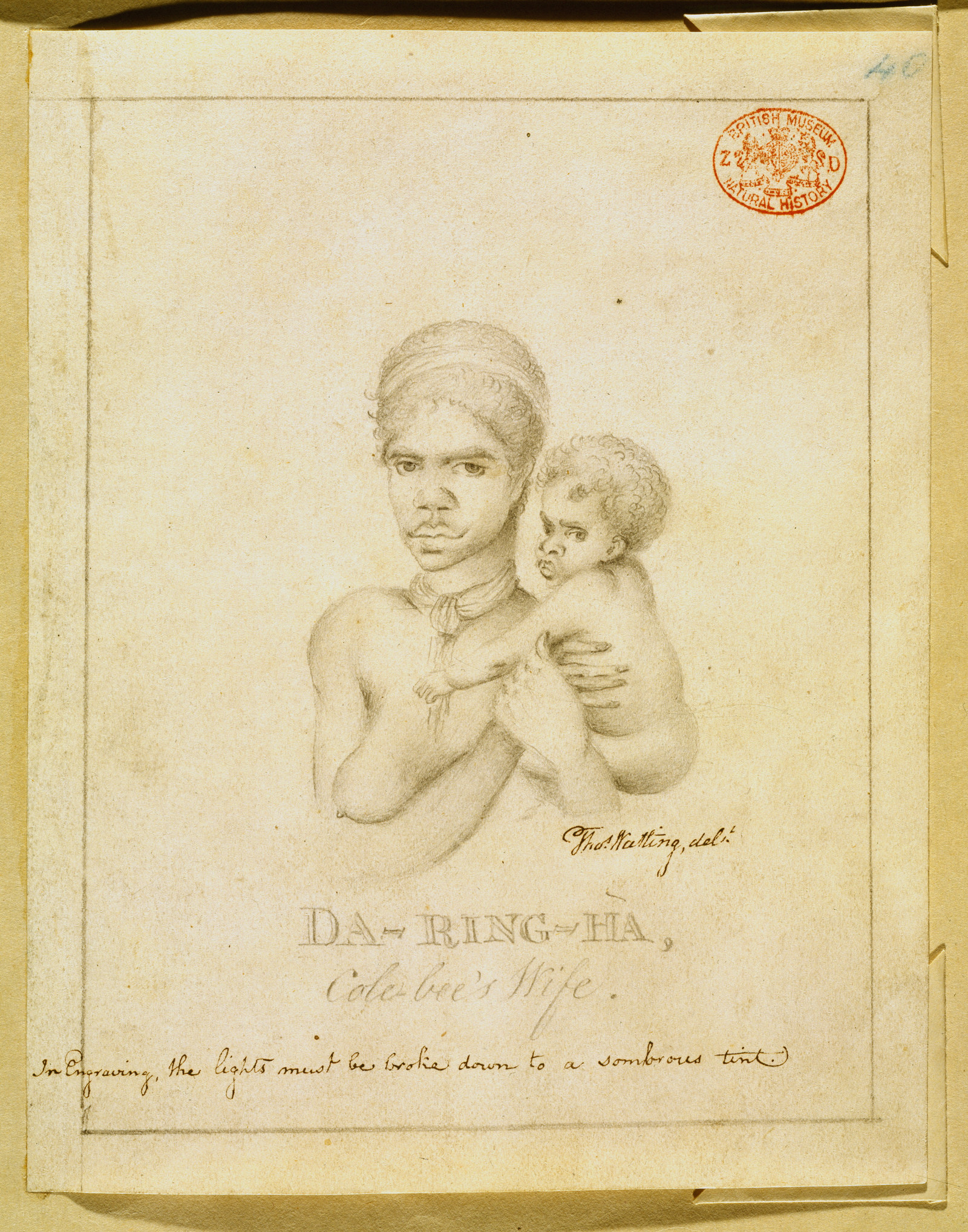 ‘… a softness and gentleness of manners’

Daringa’s husband, Colebee, one of the senior initiated men, regularly visited Government House (today the site of the Museum of Sydney) and met Governor Arthur Phillip. In December 1790, Daringa gave birth to a daughter, Paniebollong. Several days after the birth, she and Colebee visited Phillip to show him their child and stayed overnight in Government House. Elizabeth Macarthur wrote of her own meeting with Daringa and the baby on a visit to Sydney:

Mrs. Coleby, whose name is Daringa, brought in a new born female infant of hers, for me to see … it was wrapp’d up in the soft bark of a tree, a specimen of which I have preserved … The child thrives remarkably well and I discover a softness and gentleness of manners in Daringa truly interesting.

In 1795, Daringa gave birth to another child. Only a few months later, however, Daringa died, most likely from tuberculosis. Judge Advocate David Collins describes the cultural practices performed by Colebee at her burial:

When the body was placed in the grave, the bye‑standers were amazed to see the father himself place the living child in it with the mother. Having laid the child down, he threw upon it a large stone, and the grave was instantly filled in by the other natives.

Colebee explained the reasoning behind this practice: without Daringa the small baby would have starved.

Daringa lived her days in and around Warrane and the broader Sydney coastal region, first experiencing life in an uncolonised Australia, and then faced with a changing landscape, as the British began to dispossess the people, and colonise the land and the water where she fished. These living histories surround us and our day-to-day lives in today’s cityscape. 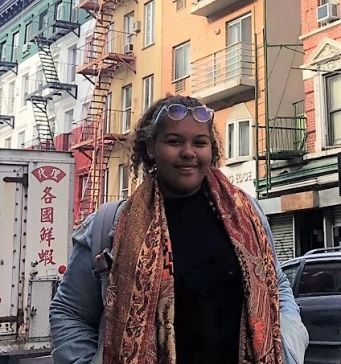 Aiesha Saunders is a Biripi woman from mid North Coast NSW but was born and raised in Sydney. Aiesha has several years’ experience working within the arts and cultural sector and worked with Sydney Living Museums as Assistant Curator of Aboriginal Interpretation Projects. Her work focuses on truth telling and the intertwining of colonial and Aboriginal histories across Sydney Living Museums sites.