The digitisation of NSW school files in the State Archives Collection has resulted in an unusual discovery: 19th-century wallpaper samples.

In the Coonabarabran school files at NSW State Archives, four narrow strips of wallpaper were recently found attached to a letter dated March 1897. The wallpaper was still bright and in good condition, a remarkable find, and the accompanying letter, written by teacher Henry Fox and addressed to the Inspector of Schools in Dubbo, provides an intimate snapshot of a rural schoolteacher’s life.

Fox had recently moved with his wife and six children from Browns Creek Public School near Blayney to Coonabarabran in the Central West of NSW, his sixth posting in 13 years. The teacher’s modest four-room residence with attached kitchen, located in the grounds of the school, was in a poor state, and so Fox sent a letter to his boss, Inspector J W E Baillie, requesting repairs and new furnishings. The detailed message, which survives in the school files, includes long itemised quotes from two different local builders for suggested renovations as well as an illustration of a preferred new stove – the Sam Weller model – and four wallpaper samples that Fox had sourced from the Sydney department store F Lassetter & Co (known as Lassetter’s).

It has taken every penny of my salary to keep my family to say nothing of our having to spend in re-furnishing what few pounds we had saved up.1

Lassetter’s promised to post wallpaper samples ‘free to anybody in NSW’2 and asked customers to provide a list of the rooms they wished to paper, the colours they preferred and an indication of price. From a stock of 4000 patterns, Fox was sent four wallpaper samples, one for each room in the teacher’s cottage – all were marked with prices and three with room names. The wallpapers, priced between £1 6s and £2 1s per roll, weren’t expensive for the time. They reflect some of the fashions of the day – a Japanese-inspired chrysanthemum pattern for the ‘bedroom’ and a ‘gold’ or gilt-edged pattern for the ‘front room’. 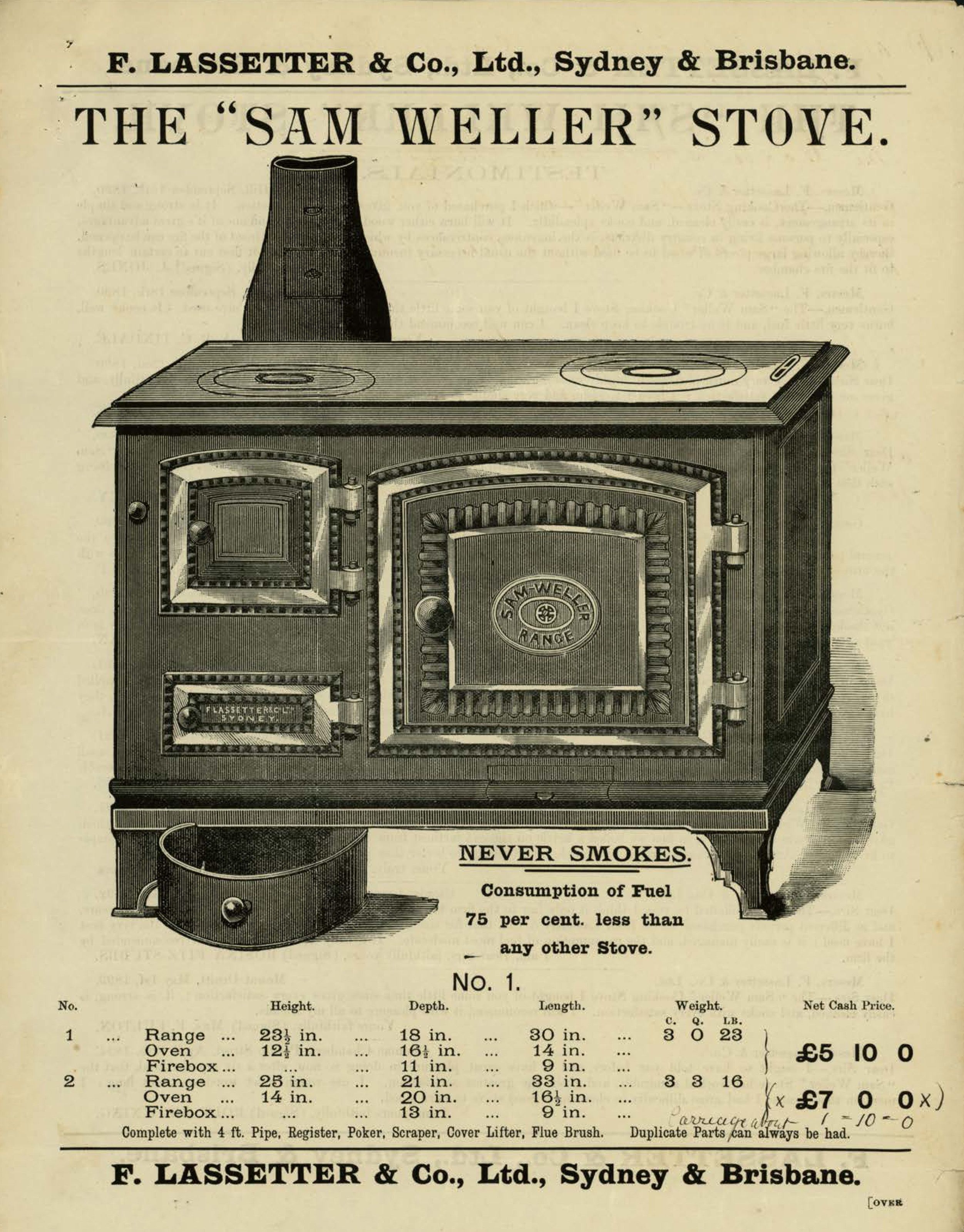 A mark of domesticity

Wallpaper was a quick way to change the look and feel of any space and was the wall decoration of choice before the advent of inexpensive, durable and easy-to- apply house paints after World War II. Wallpaper helped to turn a house into a home, and was a mark of domesticity in the harsh Australian environment.

In his letter to Inspector Baillie, Fox wrote that ‘the teacher shall have the privilege of choosing the colours to be used in painting and the patterns of wallpaper’. Unfortunately for Fox and his family, Baillie didn’t agree. Instead, the department agreed to fund only minimal repairs, and rejected outright the request for a new stove, painting and wallpapers.

Although Fox’s request for wallpapers and other furnishings and repairs goes into a surprising amount of detail, his letter to the Department of Public Instruction wasn’t an unusual one for the time. The school files are filled with letters from teachers requesting extra staff, allowances, or assistance to improve living conditions. And Fox’s failed attempt to secure wallpapers didn’t deter him from writing another letter to the department, in December 1897, this time complaining of the high cost of living in Coonabarabran and requesting an annual allowance of £25 ‘backdated to 1 January 1897’.3 His letter itemises Coonabarabran versus Sydney prices – for example, groceries were up to 50 per cent more expensive – and gives an insight into life in his new town: ‘I am expected to purchase locally, otherwise deemed an unworthy citizen’.4 Again, his request was rejected.

In July 1899, Fox was transferred from Coonabarabran and worked at four more schools until his retirement in 1910. His letters and the four wallpaper samples that would never be used settled into the NSW Government’s school files for Coonabarabran, only to be revealed 125 years later. The school file provides a window into the living conditions and nomadic lifestyle of, and the pressures and expectations placed on, a teacher in the NSW education system in the late 19th and early 20th centuries.

Some of the NSW school files have been digitised and can be viewed online through the Collection Search.