When Lachlan Macquarie began his term as governor of NSW in 1810, Sydney was in desperate need of a new hospital

Since settlement, the colony’s hospital facilities had been in The Rocks, an assortment of impermanent structures including a large, prefabricated copper-roofed wooden building brought out with the Second Fleet in 1790.

To Macquarie’s dismay, the British government refused to fund major public works in the colony, so the enterprising governor brokered a deal: in exchange for building a three-winged General Hospital for convicts, he granted a three-year monopoly on the import of rum and spirits to merchants Alexander Riley and Garnham Blaxcell and surgeon D’Arcy Wentworth.

The hospital was the first project in Macquarie’s ambitious building program. His plan was for a spacious and elegant hospital for 200 convict patients, but as profits from the rum deal fell, so did the quality of workmanship. When completed in 1816, the hospital formed an imposing group of three buildings – a central building for hospital wards (now demolished), a northern wing (now NSW Parliament House) to house the principal surgeon, and a southern wing (now The Mint) to house his two assistants – but even at the time, it was widely criticised. Convict architect Francis Greenway thought the columns lacked ‘Classical proportion’ and found serious structural faults. Within only a few years the buildings required extensive repairs, while for the convict patients who suffered its poor ventilation, overcrowding and rampant dysentery, it quickly became known as the ‘Sidney Slaughter House’.

the Building is to be elegant and commodious ...

Despite its faults, by the 1820s the hospital’s prime location and a shortage of other public buildings meant that it was in demand for other uses. Parts of the central block and northern wing were already being used for law courts and government offices. In 1823 the southern wing was converted into a military hospital (upper floor), and later a hospital stores and apothecary. In 1842 it was converted again, this time to the Sydney Infirmary and Dispensary, to provide treatment and medicines to Sydney’s non-convict poor.

With the discovery of gold in NSW in 1851, huge quantities of unrefined gold began to circulate around the colony. To regain control of the economy, the colony proposed that the British government establish a Sydney branch of the Royal Mint. Approval was given in 1853, and the hospital’s southern wing was chosen as the site.

Capt. Ward, Royal Engineers, one sergeant, four corporals, and eleven privates, are under orders to embark for Sydney, for the purpose of building and conducting a mint.

Open for business in 1855, the Sydney Royal Mint was the first overseas branch of London’s Royal Mint. The hospital building was converted into offices and a Bullion Office for receiving gold, while new buildings to the rear contained the factory for processing the gold into coins.

Today, when you walk through the entrance to the buildings at the rear of the Mint, you can see the underground machinery shafts, original roof structures and prefabricated cast-iron frame. Similar in design to structural elements used in London’s Crystal Palace, built for the Great Exhibition of 1851, the iron frame was specially commissioned by Deputy Master of the Mint, Captain Edward Ward. Manufactured at the Horsley Iron Foundry in England, it was assembled and checked at the Woolwich Dockyard before being disassembled for the journey by ship and assembled again in Sydney. This structure makes the Mint an outstanding example of mid-Victorian technology, and its use of terracotta tiles in the ceilings is probably the earliest example of fire-proofed construction in Australia.

The Mint is going at a rattling pace. 14,000 ounces last week's receipts of gold.

As the gold discoveries continued, gold nuggets, gold dust, bullion and gold-bearing quartz were delivered in great quantities to the Sydney Mint. All deliveries passed through the decorative stained glass doors facing Macquarie Street and marked ‘Royal Mint’, which you can still see today, and were delivered into the Bullion Office on the left. On 28 December 1869, Andrew George Scott walked through these very doors and into the Bullion Office, where he sold 129 ounces of gold for £503 (roughly 3.6kg for several hundred thousand dollars in today's terms). Little did the Mint clerk know that Scott, later more commonly known as ‘Captain Moonlite’, had stolen the gold from a bank in the Victorian mining town of Mount Egerton. The bushranger continued his devious ways but was eventually captured and finally hanged at Darlinghurst Gaol in 1880. His death mask can be seen at the Justice & Police Museum. 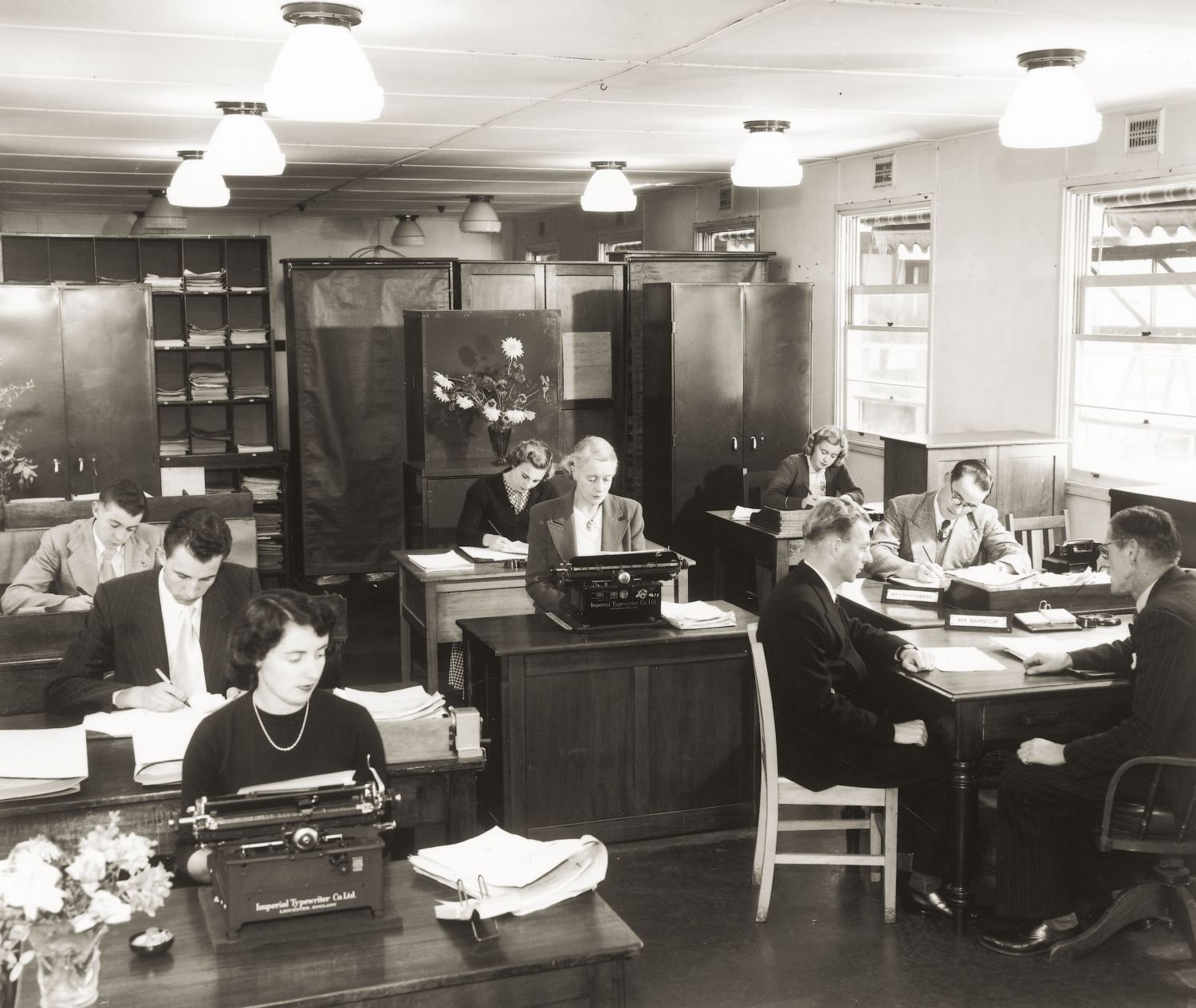 Like its neighbour, the Hyde Park Barracks, the Mint narrowly escaped demolition in the early 20th century. In 1909 a royal commission recommended the buildings be demolished as part of a scheme to beautify the city: the industrial complex of the Mint was considered inappropriate for Macquarie Street. But funding for the redevelopment proved elusive and the buildings were spared. By this time, other mints were already operating in Melbourne and Perth, so with its out-dated machinery and declining profits, the Sydney Mint finally closed in December 1926. Subdivided into a ‘rabbit warren’ of office spaces and temporary courtyard buildings, the buildings were then used to house the Government Insurance Office and other agencies and courts such as the Housing Commission, Land Tax Office, Department of Education, Family Endowment Department, Divorce Office, District Courts and the Ministerial Motor Depot.

… after the war there was a … shortage of office space and they … put as many offices in as they could … They really messed it up … like a rabbit warren.

With Sydney’s 150th anniversary celebrations in 1938, options for improving Macquarie Street were again considered but the plans were abandoned with the outbreak of World War II. Similar proposals were still being considered in the 1960s, but by then a range of advocates were campaigning for Sydney’s historic buildings to be preserved. Finally, in 1975, the NSW state government restored the original hospital building and with the introduction of the 1977 NSW Heritage Act, the Mint was protected by a Permanent Conservation Order. Archaeological excavations uncovered intriguing fragments left behind in the buildings by hospital and dispensary staff, military patients, mint workers and government office staff.​

In 1997 the site was transferred to the Historic Houses Trust (now Museums of History NSW) and a major conservation and redevelopment project was begun, integrating contemporary architecture with carefully conserved historic building elements and archaeological remains.

The Mint today is open weekdays, free of charge, a place to enjoy a coffee or meal at the café or simply escape the bustle of Macquarie Street in the quiet courtyard behind Australia’s oldest surviving public building. Explore the rooms and hallways where colonial surgeons and apothecaries once lived and examine the archaeological remains of the Mint in the courtyard and rear buildings, reminders of the busy industrial complex that operated here for many decades. The former coining factory is now home to the extensive collections of the Caroline Simpson Library, open to the public and the only collection in Australia dedicated to the history of the home, including building, interiors, furnishings and gardens. Come in for a special gathering or event in one of our many popular venue hire spaces, or just for a wander through Macquarie Street’s history. 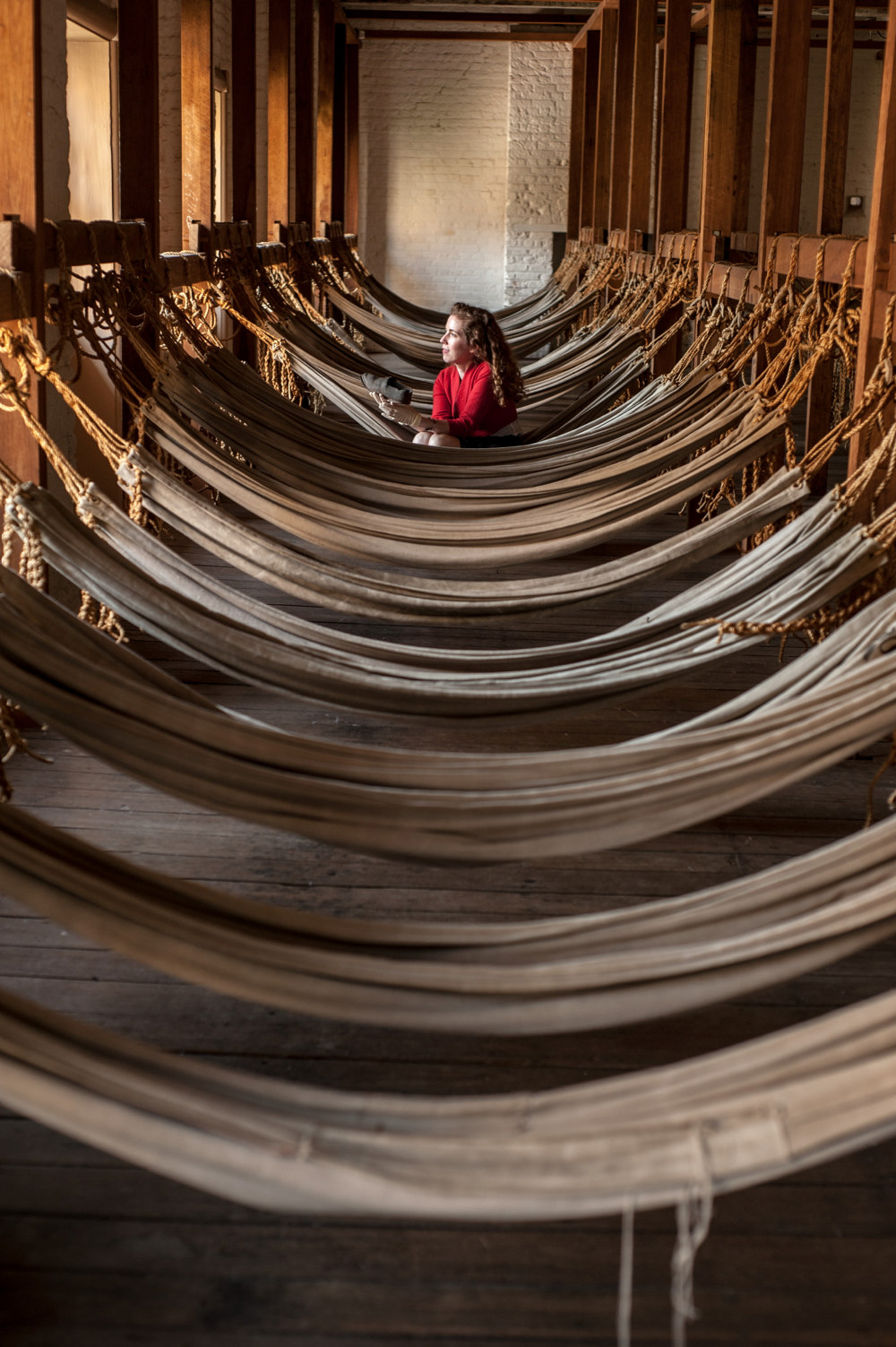 Fiona claims her love of Australian history, genealogy and world history is hereditary – passed on by her mother and grandmother.