In 1788, the penal colony of New South Wales was established on the Country of the Gadigal people. Convicted prisoners were shipped to New South Wales to serve their sentences and to build and populate a British settlement. As the colony grew in the first few decades, convicts lived under conditions of relative freedom and opportunity – but this was not to last.

In January 1788, a fleet of 11 British tall ships sailed into a sheltered harbour, which the British called Port Jackson. Just over 1000 people stepped ashore at a small bay. More than 700 were convicts; the rest were soldiers and officials, some with their families and servants. The new governor named the bay Sydney Cove, but to the Gadigal clan who lived there it was Warrane. Like all the surrounding country, and everywhere beyond, the Sydney region was already occupied and cultivated, deeply etched with ancestral memory and interconnected by ceremony and song.

British authorities had used the system of convict transportation – banishing prisoners to serve their sentences overseas – as a form of punishment since the early 17th century, sending convicts mainly to the colonies in North America. In Britain itself, prisons were generally used as short-term confinement for debtors and those awaiting trial or punishment. With the outbreak of the American War of Independence in 1775, a new place of exile was needed. From 1784, the colonies of Gibraltar and Bermuda took transported convicts, but after 1788, most were sent to New South Wales.

The settlement of New South Wales was founded with a dual purpose and an extraordinary vision. Britain could rid itself of thousands of criminals, but once landed they were not imprisoned. Rather, their labour was put to productive use, to build a colony, and eventually to sustain themselves and their families on land granted to them after they had served their sentence. This was a unique social experiment, where convicts and ex-convicts cleared trees, formed roads and constructed bridges, established farms, ran businesses and built the towns.

By the early 19th century, most convicts lived with and worked for private masters, many of whom were ex-convicts. They toiled on farms, tended livestock, orchards and gardens, or worked in households, shops or businesses as servants and clerks. Some establishments, owned by wealthy landowners, colonial officials or powerful military families, were large and grand. Other workplaces were simple shops and offices, or lowly stone cottages and huts.

A number of convicts were selected for government work or public projects. Without dedicated lodgings, these convicts – known as government men – organised their own accommodation. Many built their own homes, sometimes living with partners and children. Others shared group houses, rented rooms, or slept in the corners of other people’s kitchens in exchange for bartered goods or household chores.

Government convicts worked under an arrangement known as ‘task work’. Once they had completed their set tasks or hours, they were free to spend their time at leisure or hire themselves out to private employers around town. The authorities were uneasy about allowing convicts such independence, but labour was in short supply and they did not have much choice. The system had unexpected advantages: convict enterprise helped to boost the local economy with businesses, trades and goods. Further, convicts’ eagerness to earn a livelihood and build new lives and communities gave the colony a surprising character. Thirty years after convicts first stepped ashore, Sydney was neither a prison settlement nor, for most, a hellish outpost. In fact, it was a ‘convicts’ colony’.

Yet Sydney would not stay a fledgling settlement forever. From 1815, new forces, both in Britain and in New South Wales, began to change the character of the colony, leading directly to the building of the Hyde Park Barracks.

The Hyde Park Barracks officially went into operation on 4 June 1819. That day, 589 convicts assembled in the new dining halls for an uncommonly generous meal of beef, plum pudding and punch. Governor Macquarie briefly visited, and noted in his diary that the convicts ‘appeared very happy and contented’. A review in The Sydney Gazette on 17 July praised the building’s ‘towering grandeur’ and noted that ‘much good must be expected to result … from this humane, this highly salutary, and excellent institution’.

Convicts lodged at the barracks faced new regulations governing their working hours, and how they were dressed and fed. The men rose at sunrise with the ringing of the yard bell. After breakfast they assembled in work gangs in the yard and filed out through the gates to worksites around Sydney – dockyards, brickyards, limekilns, stables, breweries, quarries, windmills and foundries.

At dusk, they returned to the barracks to be searched at the gate for liquor or other contraband. Following a muster, they huddled around fires in the yard, smoking pipes and passing the time. At 8pm, the yard bell rang, sending the men into their wards. The convicts’ day ended with a third and final headcount to make sure no-one had slipped out for the night.

Almost as soon as the barracks opened, its purpose was challenged. The British government had long objected to the expense and scale of Governor Macquarie’s public works program and questioned his focus on urban infrastructure. It believed that the growing convict workforce would better serve the interests of Britain – and the colony’s future – as agricultural labourers, land clearers and road builders far from Sydney.

A London lawyer, John Thomas Bigge, was sent out to investigate the state of the colony and assess opportunities for large-scale farming. Bigge’s report was published in 1822. Heavily influenced by the opinions of a small group of wealthy free settlers, it recommended that convicts be sent far from Sydney, to work for landowners and assist in the development of agriculture.

From now on colonial expansion was inevitable. The growing frontier brought convicts and ex-convicts into regular contact with Aboriginal nations. The groups worked, traded and formed relationships, but encounters could also turn violent. For the Aboriginal nations whose cultivated landscapes were overrun with foreign livestock and European agriculture, the impact of expansion was sudden and devastating. Survivors sought to remain on their lands, their resistance sometimes intensifying into outright warfare, as they found new ways to live in a rapidly changing world.

In 1825 a new governor, Ralph Darling, arrived in New South Wales. A skilled and headstrong administrator, he introduced measures to increase surveillance and regimentation of convicts, and reduce the opportunities and privileges well-behaved convicts had previously enjoyed.

The aim was to reinforce the image of transportation as a cruel and fearsome experience, by tightening regulations, ramping up convict discipline, and placing punishment, not production, at the heart of the convict system. Record numbers of convicts were sent to New South Wales throughout the 1830s, but even more free settlers arrived, soon outnumbering convicts. While many convicts quietly served out their sentences, others openly defied authority and continued to commit crimes. Rising public fear of convict violence and runaways made it imperative that the government tighten control of all the colony’s convicts.

To tackle inefficiency and favouritism in the hiring and allocation of workers, an Assignment Board was set up to consider settlers’ requests for convict men and women. The Principal Superintendent of Convicts managed a growing mountain of paperwork – recording each convict’s location and behaviour, reviewing applications for family reunions and marriage, and even handling personal mail.

Troublesome convicts faced the ever-present threat of being flogged (whipped), clapped in leg-irons or banished to remote penal stations. During the 1830s, punishments grew in severity and frequency, with the flogging triangle and solitary confinement cells at the Hyde Park Barracks put to greater use. Convicts who repeatedly reoffended faced even crueller punishments in a range of locations across the colony.

The end of transportation

For decades, convict transportation had been criticised by British prison reformers, who advocated for the introduction of modern penitentiaries focused on separation, surveillance and moral rehabilitation, rather than banishment and physical punishment. In 1837, the British government commissioned an inquiry into transportation, the treatment of convicts and secondary punishment. The inquiry found that the system was unjust, inefficient, immoral, and out of step with modern ideas on prison reform and crime prevention, and the system of private assignment meant that convicts could be exploited by unscrupulous masters. As a result, the practice of private assignment was abolished immediately, and transportation to New South Wales ceased in 1840. 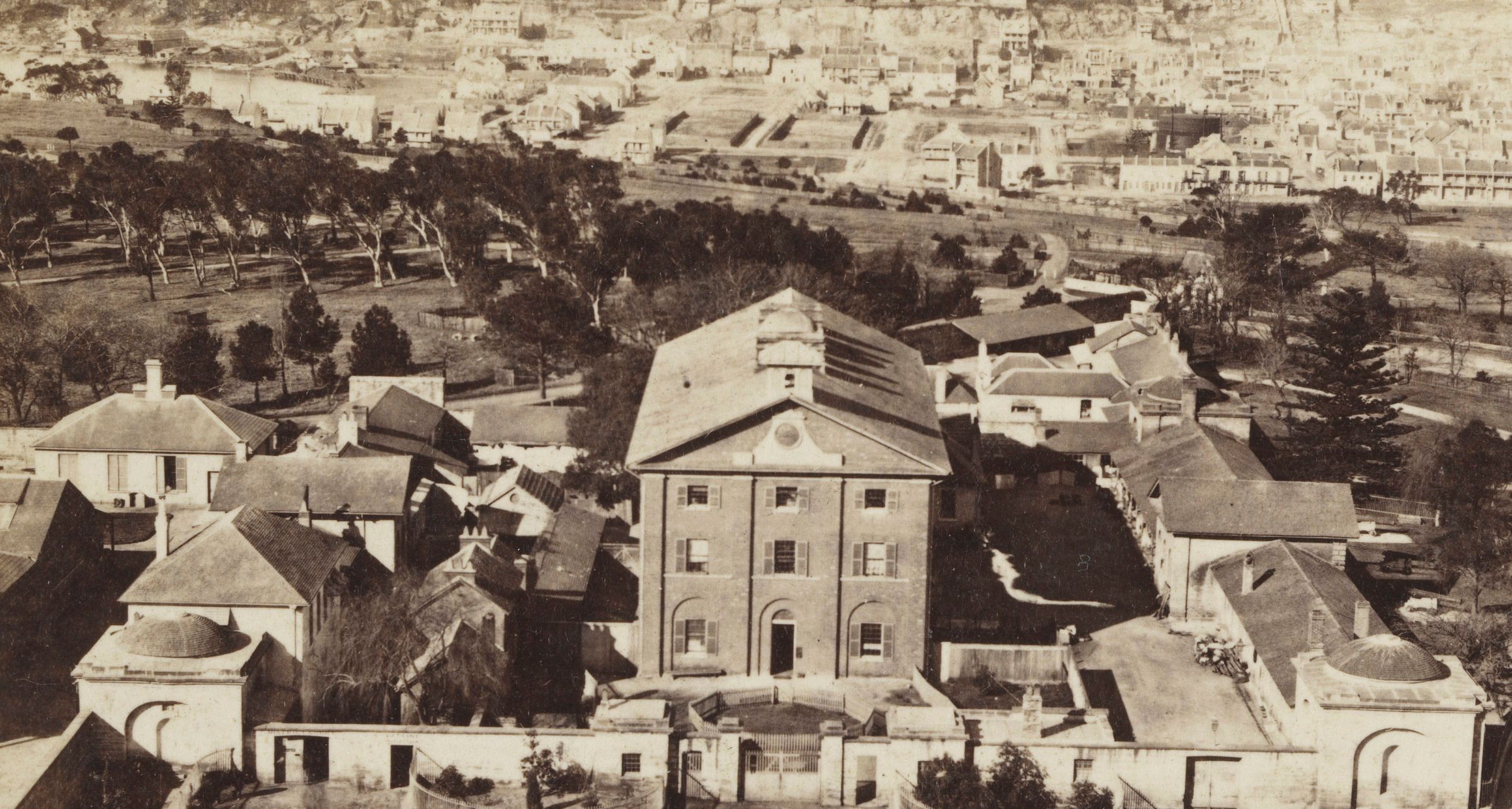