The convict impact on Aboriginal people

Impacts of the convict system on Aboriginal Country and communities

The UNESCO World Heritage listing of the Hyde Park Barracks acknowledges the terrible cost of nation building, in particular to the Aboriginal nations whose Country and resources were plundered, and the legacy of their pain and dislocation.

Aboriginal and Torres Strait Islander people are advised that this website and the Hyde Park Barracks visitor experience contain names of people who have passed away.

[The land] was invaded by the redcoats, the British, and taken off the Aboriginal people … We do matter, and we haven’t gone away, and we’re still here.

The British named this place Sydney Cove, but to the local Gadigal clan of the Darug nation it was Warrane. The appropriation of Warrane by the First Fleet was the first step in an unfolding saga of devastation and dispossession of Aboriginal society.

Aboriginal people remained a constant presence in early Sydney, despite enduring years of upheaval, loss of land and catastrophic introduced diseases. They continued to camp around town, and perform cultural practices such as ceremonial gatherings and contests. In 1815, convicts would have regularly encountered Aboriginal people visiting and trading in town. Some, like Cora Gooseberry and her husband, Bungaree, became prominent local identities.

Major General Lachlan Macquarie was sworn in as governor of New South Wales on 1 January 1810, and immediately began an ambitious public works program to build fine churches, courthouses, hospitals and schools, and properly laid-out streets, all signs of the colony’s moral improvement and civic progress.

Macquarie’s building program required a more disciplined convict workforce. To house them, he decided to build a dormitory. This would provide accommodation and reduce the nuisance of government convicts in town at night, gambling, drinking and stealing; supply a more reliable and better-fed workforce to labour on government projects; and increase discipline and supervision to encourage and reward hard work. The Hyde Park Barracks, Macquarie believed, would bring peace and security to the town and provide convicts with a practical path to reform.

By the mid-1810s, the colonial population of New South Wales was almost 13,000, made up of convicts, ex-convicts and their families, together with soldiers, government and military officials, and a few free settlers. Sydney Town was nestled between two ridges, one crowned with a military barracks and parade grounds, while on the opposite ridge was the new general hospital, still being built. Windmills ground grain from government farms and private crops, and trading, transport and whaling vessels navigated the harbour, passing Aboriginal women fishing in nawi (canoes). The town’s paved streets lined with shops, taverns, cottages, villas and warehouses often looked familiar to newly arrived convicts, like something out of an English village. Red-coated soldiers manned the town’s fortifications, guarding against local unrest and possible attack by Britain’s enemies. 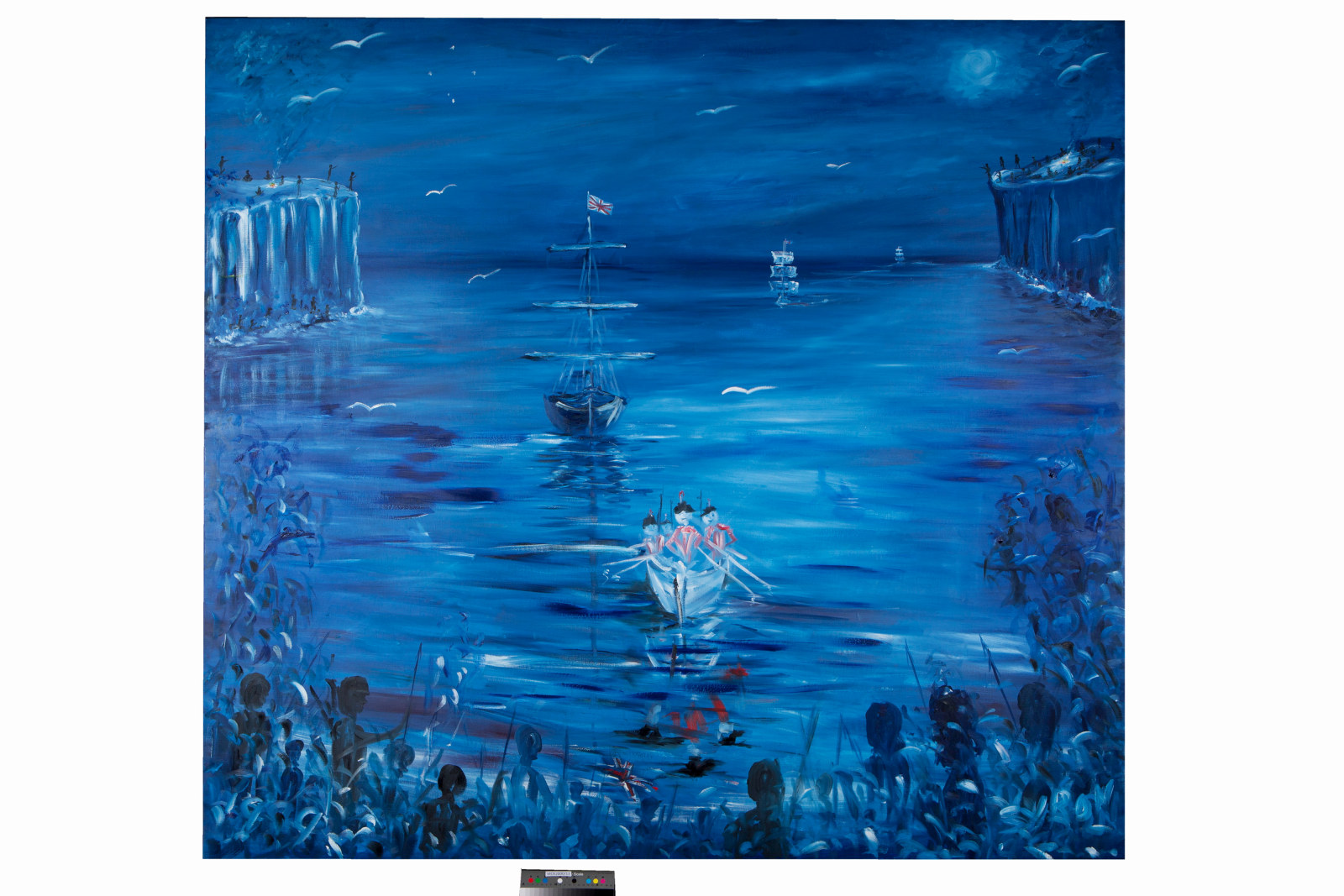 The site selected for the Hyde Park Barracks was a patch of ground at the southern end of Macquarie Street. The foundations were laid in April 1817. Like most colonial buildings, the Hyde Park Barracks was a completely handmade structure, its core materials stripped from Aboriginal Country. Sandstone came from nearby quarries; clay was baked into bricks at government and private brickyards; and wood was felled and milled in outlying timber-getting camps and processed through the government lumberyard. Throughout 1817–18, convict stonecutters, bricklayers, carpenters and sawyers worked under the directions of convict architect Francis Greenway and the chief engineer, Major George Druitt. Hundreds of convicts laboured on the site, climbing up and down the scaffolding, mixing mortar, cutting and laying stone, laying bricks, timber beams and flooring, raising the roof structure and laying out the shingling.

From now on colonial expansion seemed inevitable. While the government sought to control settlement by surveying and mapping the colonial frontier, and forbidding occupation beyond this arbitrary boundary, land-hungry graziers paid little attention to these so-called ‘limits of location’. For the Aboriginal nations whose cultivated landscapes were overrun with foreign livestock and European agriculture, the impact was sudden and catastrophic.

Violence at the frontier

The main thing is that the story is told about what really happened that day … to tell the truth and get the truth out there … [and then] our ancestors are at peace.

Frontier violence, common from the earliest days of settlement, greatly increased in the 1830s as the colony rapidly expanded, pushing settlers, their workers and stock further onto Aboriginal lands. Convicts, often led by free settlers or troopers, were involved in confrontations with and atrocities against Aboriginal groups. One such event occurred at Myall Creek Station in northern New South Wales, instigated by Australian-born settler John Fleming and involving convicts assigned from the Hyde Park Barracks.

In 1815, Governor Macquarie and his entourage travelled along the newly built road across the Blue Mountains into Wiradjuri Country. On the banks of a wide river, which he named after himself, Macquarie founded the town of Bathurst. As land grants increased in the 1820s, local Aboriginal food resources became strained, while sacred sites were destroyed. By 1824, attacks against European farmers by Wiradjuri warriors were increasing, many led by the celebrated leader and lawman Windradyne, and in August 1824 Governor Brisbane declared martial law. This triggered a brutal phase of military raids and fierce Aboriginal resistance that came to be known as the Bathurst Wars.