Convict life at the Barracks

What was it like to be a convict living at Hyde Park Barracks? Who were they? What crimes had they committed? What work did they do?

Using a range of historical sources, including the World Heritage-listed building, students investigate what daily life was like for the male convicts who lived at the Hyde Park Barracks. Many of these men had valuable skills and were doing important work for the government.

During this program your students will:

They will handle objects, try out the convict hammocks, hear personal stories and learn about the punishments convicts faced if they broke the barracks' rules.

And they’ll get hands-on. After being issued with convict shirts marked with the broad arrow, they'll be put to work in a brick laying gang under the watchful eye of their overseer.

Analysis and Use of Sources; Empathetic Understanding; Perspectives and Interpretations 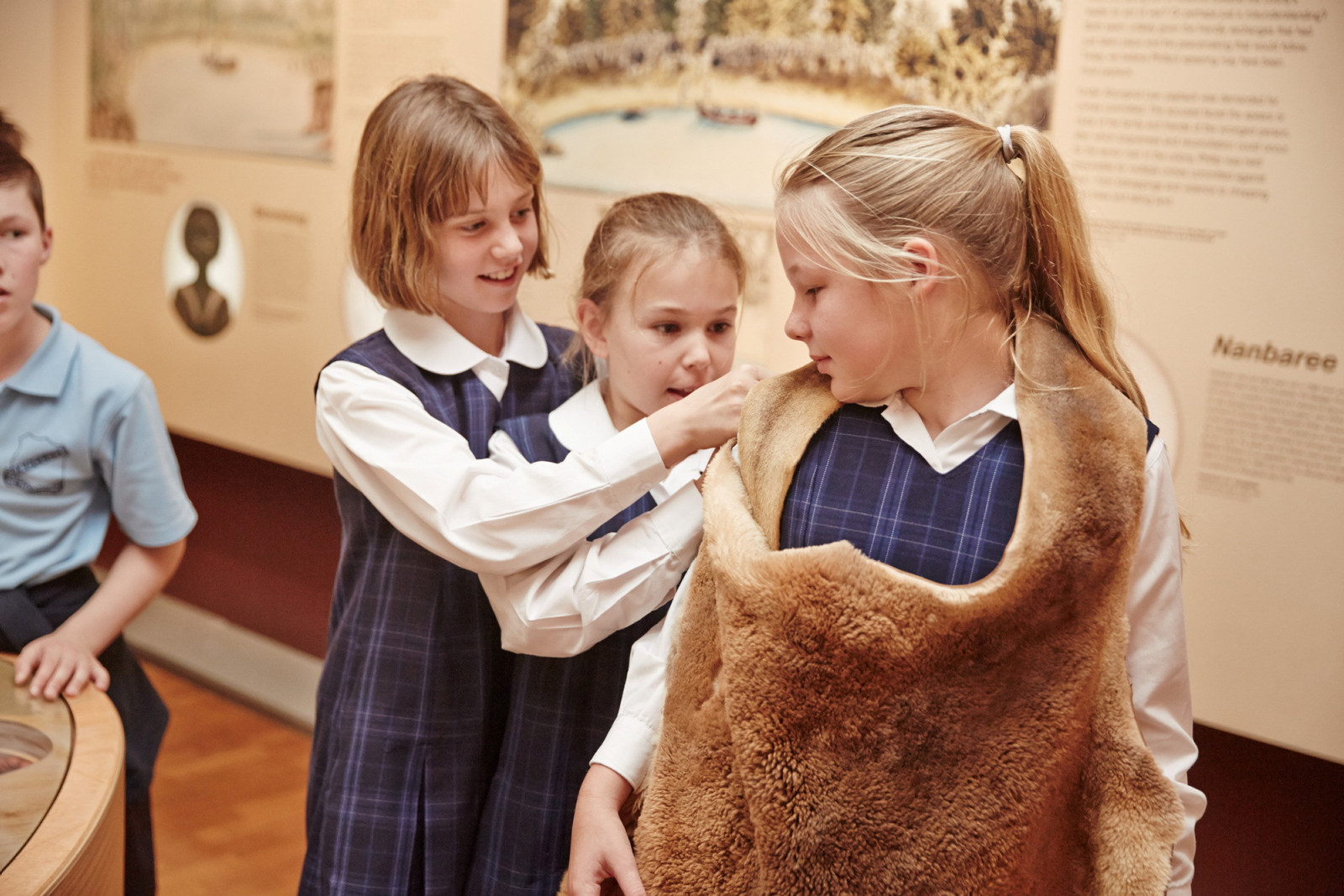 During this thought-provoking and engaging program, students learn that the Museum of Sydney is built over the site of first Government House, from where Arthur Phillip governed the young colony of NSW