In 1835 colonial secretary Alexander Macleay set about building the ultimate trophy house, a shimmering, classical styled jewel box, perched in rugged bushland on the northern side of present day Potts Point, high above Elizabeth Bay with majestic views across Sydney harbour and beyond

After the governor, colonial secretary Alexander Macleay was the most important public official in the colony of NSW, with a salary and aspirations to match. In 1835 he started to build the ultimate trophy house on a magnificent waterfront site near the fashionable suburb of Woolloomooloo Hill, now Potts Point.

Macleay’s property covered an expansive 54 acres (22ha) of prime harbourside real estate, and took in spectacular views east up the harbour towards the heads. It was in fact the textbook picturesque location, surrounded by rugged sandstone outcrops and cliffs, rich vegetation and bustling activity on the water – all desirable features for a gentleman keen to show off his position and taste.

Macleay engaged the most fashionable architect in Sydney at the time, John Verge, who had already designed a number of handsome villas for other wealthy colonists. Before arriving in Australia in 1828, Verge had been a successful builder in London and was able to build to a style and standard not seen before in Sydney – and indeed, in the few years he spent here, he built several houses that are still regarded as the pinnacle of colonial era design.1 To Macleay’s instructions, Verge produced a design for a splendid ‘marine villa’ in the Greek revival style, which was then at the peak of popularity.

The models Verge drew on for the houses he designed and built in Sydney, including Macleay’s house, were the freestanding villas built around Regents Park in London in the 1820s,2 their so-called Greek revival style inspired by the discovery and study of important archaeological sites in Italy, Greece and Turkey. ‘The Antiquities of Athens’, a series of exquisite drawings of ancient buildings by James Stuart and Nicholas Revett, was particularly influential. The early years of the 19th century also saw the creation of the modern Greek state (1828), while Greek culture was widely recognised as the foundation of Western thought in art, architecture, philosophy and politics – influences that were felt throughout the English-speaking world, including in NSW during the prosperous 1820s and 1830s. Verge may also have been influenced by architects such as Robert Taylor, whose compact houses for gentlemen of means have similarities to the plans used by Verge in his Sydney projects. It may be that Alexander Macleay approached Verge with a particular house plan already in mind, as the plan of Elizabeth Bay House is more complex but less resolved than some of Verge’s other houses.

I am sorry to see him building so large a house … £6000 will be the cost of it at least … The elevation is very handsome, indeed it will be the finest house in the colony, but I do not see where the revenues are to come from to allow the occupants to reside in it with becoming dignity.

Now surrounded by apartment buildings in the middle of one of the most densely populated suburbs in Australia, Macleay’s house was originally designed as the centrepiece of an extensive landscaped garden that cascaded down the slopes to the waterfront.

As to the estate of Elizabeth Bay … no one can form an adequate judgment of the taste, labour and capital that have been bestowed upon it … a spacious garden, filled with almost every variety of vegetable; a trellised vinery; a flower garden, rich in botanical curiosities, refreshed with ponds of pure water and overlooked by fanciful grottoes; a maze of gravel walks winding around the rugged hills in every direction …

Macleay started work on the garden before the house was even built and it quickly became famous for the way he planted and displayed his botanical collections among the native trees and rocky outcrops, which he had carefully kept. Macleay would have been familiar with the ideas of picturesque design that were widely followed inearly 19th-century gardens. His site at Elizabeth Bay provided the perfect opportunity to demonstrate those ideas and, like his fine house with its splendid interiors and furnishings, show evidence of his gentlemanly taste and refinement. He was also an enthusiastic amateur botanist and naturalist, building up a large collection of specimens that were housed in his library, the biggest room in the house. 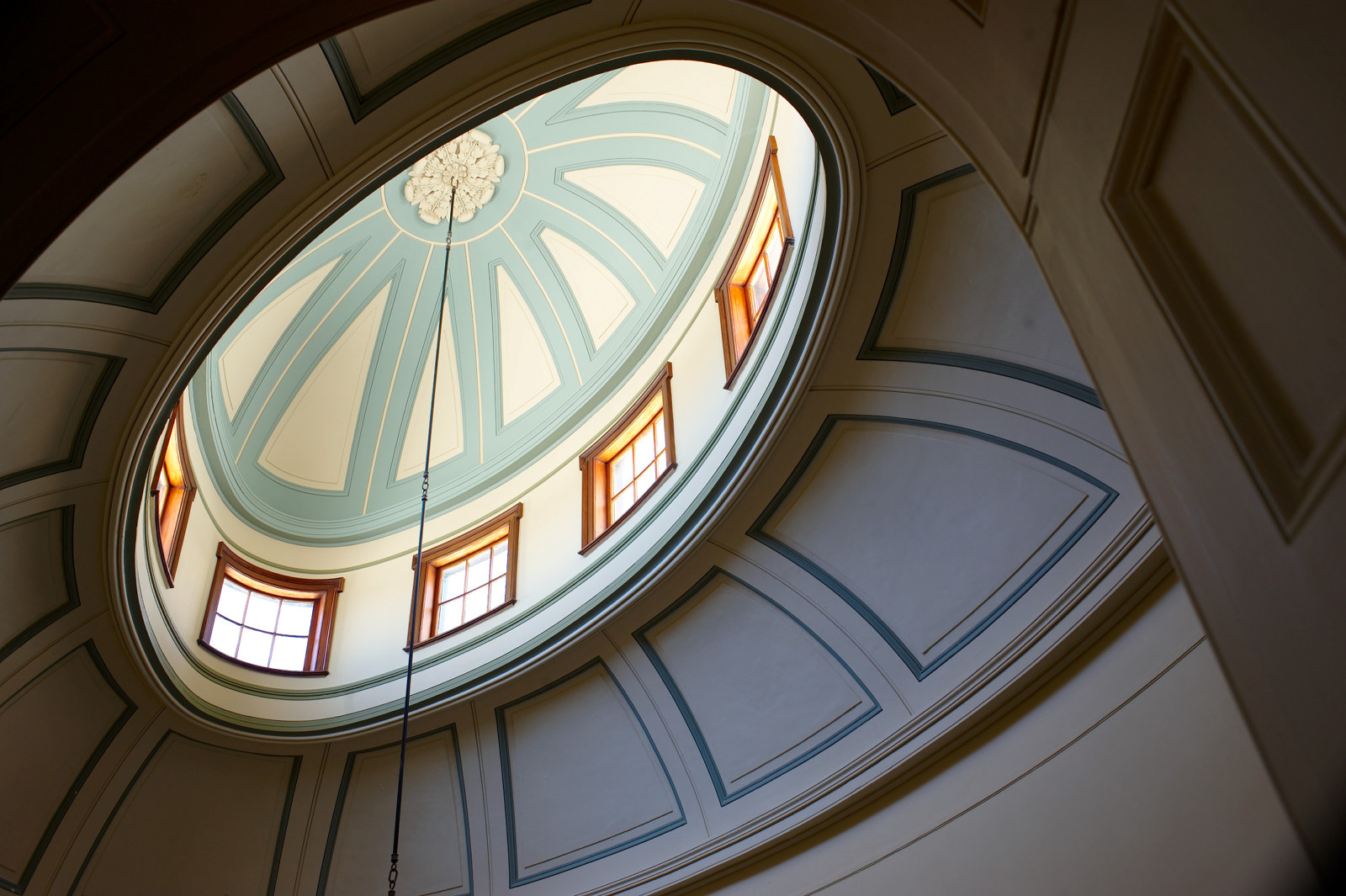