On Sunday 10 June 1838, at least 28 Aboriginal people were massacred by a group of 12 Europeans at Myall Creek Station, between Moree and Inverell in Northern New South Wales. Eleven of these people were convicts and ex-convicts, and their story is linked to the Hyde Park Barracks.

Some had stayed there, and the Superintendent of Convicts based at the barracks had assigned many of them to the Myall Creek area to work on pastoral stations. The detail of this horrific slaughter at Myall Creek is known to us because it was investigated and went to trial, but it was one of many massacres that took place on the pastoral frontier in this region and elsewhere.

Since the earliest years, the colony had expanded in waves, progressively radiating outwards from Sydney and other established centres as obstacles of geography and distance were overcome. This expansion was always at the expense of the Aboriginal people in each newly appropriated area. The first waves of Europeans were usually way ahead of any effective government oversight or control. From the 1820s they were generally pastoralists keen to expand their holdings across the vast plains west of the Great Dividing Range, and it was mostly convict workers who manned their properties. Aboriginal people fought back as land was appropriated and sacred places desecrated, trees cleared, food sources destroyed, and waterholes trampled by sheep and cattle. This quickly escalated into ongoing violence as Europeans argued they were protecting their and the colony’s interests. It was a pattern repeated over and over as the frontier rolled on across the state.

From the 1820s, too, the colonial government tried to regain some control over the expanding frontier. By 1829 Governor Darling had restricted the area in which grants of land could be made to the 19 defined counties between the Manning and Moruya rivers, north and south of Sydney, and west to around Wellington.1 But these ‘boundaries’ were soon overrun, and by 1836 Governor Bourke allowed squatters to use these areas if they paid an annual licence, accelerating pastoral expansion even further. Violent clashes and deaths ensued in areas like the Liverpool Plains in northern New South Wales, including the indiscriminate killing of many Aboriginal people. In December 1837, Acting Governor Snodgrass authorised local policeman Major James Nunn to ‘repress’ Aboriginal attacks, essentially by whatever means he deemed appropriate. Over the next two months, Nunn and a posse of soldiers and stockmen committed a number of atrocities around the region, including the massacre of more than 50 Aboriginal people at Waterloo Creek south of Moree in January 1838.2

These ‘official’ actions spurred some local landowners to pursue their own vigilante campaigns. Six months after the Waterloo Creek massacre, John Fleming gathered a group of ten convict and ex-convict workers and rode to Henry Dangar’s Myall Creek Station. A group of several dozen Aboriginal people had been camping there for over a month after fleeing frontier violence nearby, and ten young men from the group had just left to cut bark on a neighbouring property.3 When Fleming’s group arrived, the station was attended by just two convict stockmen, George Anderson and Charles Kilmeister (both of whom had been assigned to Henry Dangar at Myall Creek), and two young Aboriginal men (Davy and Billy) from another area. Fearing the worst, the group of around 30 women, children and elderly people fled to Anderson and Kilmeister’s hut, while two young boys dived into a nearby creek and escaped.

Anderson and Kilmeister were forced to choose sides. Kilmeister joined the posse, while Anderson did not resist but was able to save a young girl and also tried to protect Ipeta, a young woman he had formed a relationship with. The men left a different woman with him and another with Davy and Billy (who were left alone as employees of Dangar), but roped the rest of the group together and led them away. A short time later Davy watched as the armed posse forced the group into a stockyard and viciously slaughtered them, before dismembering and setting fire to their bodies. Only Ipeta was spared. She was taken by Fleming’s posse in search of the young men who had left to cut bark, but Davy had tipped them off and they returned to Myall Creek to see the gruesome aftermath of the carnage, before fleeing the area.4

The Myall Creek massacre would most likely have remained yet another poorly documented atrocity on the frontier but for several important actions. First, a neighbouring settler, Frederick Foote, travelled all the way to Sydney to notify the newly appointed Governor Gipps of the massacre; second, Gipps, a humanitarian who was trying to enact recent imperial instructions to treat indigenous people equally before the law, sent local Police Magistrate Denny Day to investigate and arrest the perpetrators for trial; and third, Day diligently did his duty and duly arrested 11 of the men. Only the ringleader and free settler John Fleming escaped.

The 11 convict and ex-convict murderers were soon brought to trial in Sydney amid enormous public outcry. Europeans had been convicted for killing Aboriginal people on few occasions over the past 50 years, and had never been punished.5 Many believed that white people could not and should not be punished for killing black people, and some landowners and squatters whose livelihoods were at stake raised funds (itself a crime) for the legal defence of the eleven.

A number of key witnesses were convicts, such as Myall Creek Station worker George Anderson, and were initially brought to the Hyde Park Barracks while waiting to be called to give evidence. But they soon had to be moved to the prison on Goat Island amid fears for their safety at the hands of other convicts.6 In addition to the general feeling against punishing the perpetrators for killing Aboriginal people, there was a strong code of not snitching on fellow convicts.

The trial took place in the Supreme Court, opposite the Hyde Park Barracks on Macquarie Street. The prosecution case of Attorney General John Plunkett was complicated by the fact that the only eyewitness to the killings was the Aboriginal man Davy, whose testimony could not be presented in court because as a non-Christian he could not swear to his evidence. In accordance with public opinion, the sympathetic jury took just 15 minutes to acquit the men, but Plunkett immediately remanded the men with the intention of laying further charges.7

Plunkett put seven of the 11 men on trial again, thinking that he could get the other four to testify against them, but they refused. The second trial took place in November 1838 and all seven men were convicted and, to great public outcry, were hanged the following month at the George Street Gaol. The executioner was Alexander Green, who had previously lived and worked as a flogger at the Hyde Park Barracks.

Plunkett subsequently tried to bring the remaining four men to trial, by having Davy instructed in the Christian religion so that his testimony could be heard. But when the case came to court the following February, one man had to be freed due to insufficient evidence, and Davy could not be found, leaving Plunkett no choice but to release the remaining three men on bail. Davy was never seen again and, as the government had lost its will to continue the trial in the face of massive public opposition, the case was not pursued.

The hanging of seven of the Myall Creek murderers did not send the message Gipps intended. The killings continued, but the perpetrators no longer openly bragged about their deeds and worked harder to conceal any evidence.8 An investigation into Major Nunn’s killings at Waterloo Creek was quietly shelved. The Myall Creek ringleader, John Fleming, lay low for several years, probably among his extended family, and although a warrant for his arrest was never officially lifted, he married in 1842 and lived a further 50 years along the Hawkesbury River, never facing trial. 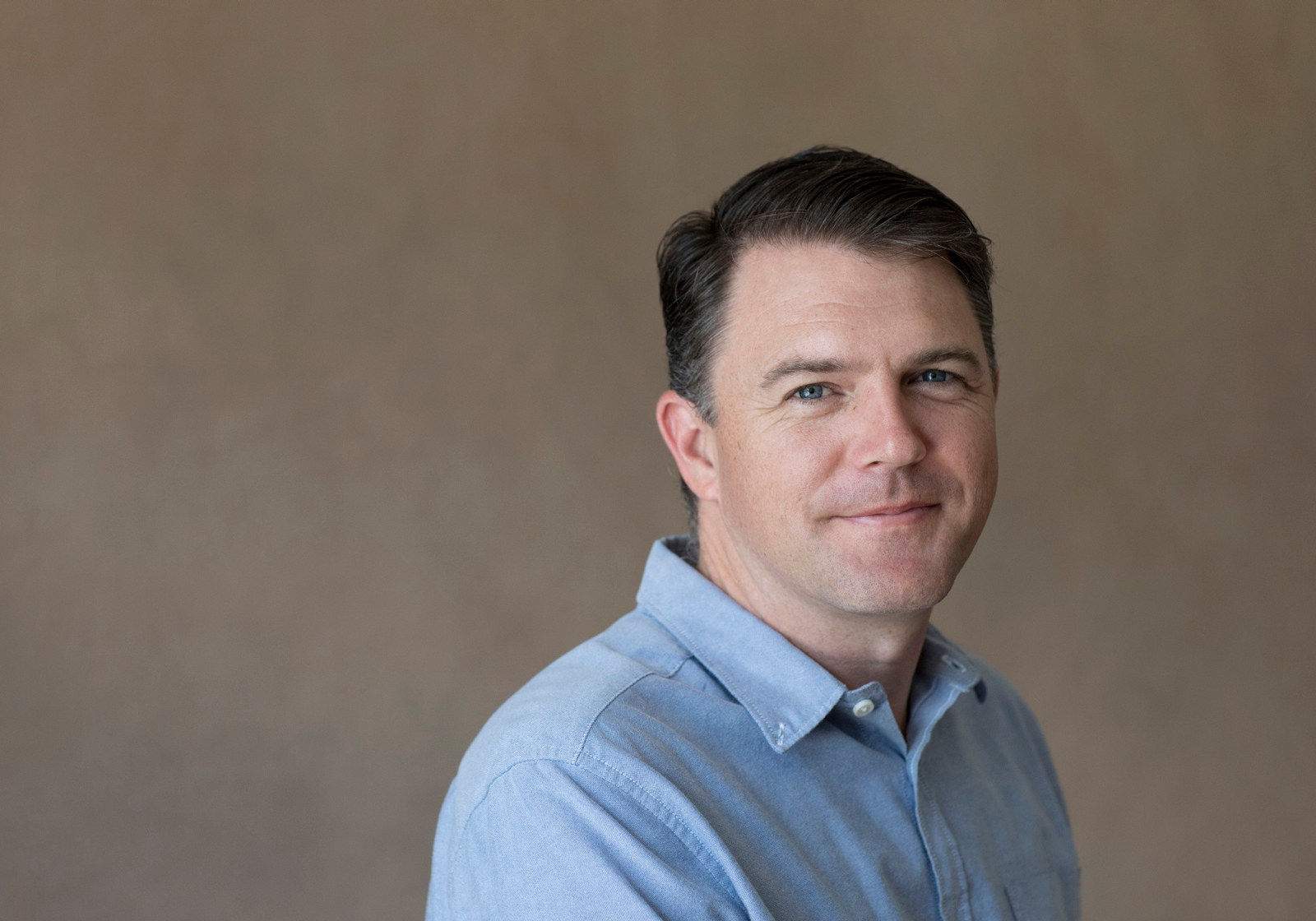 Dr Paul Irish is a historian and archaeologist with heritage consultancy MDCA. For over ten years he has been piecing together the Aboriginal history of coastal Sydney with researchers from the La Perouse Aboriginal community, resulting in his 2017 book Hidden In Plain View: The Aboriginal People of Coastal Sydney (NewSouth Publishing) and the 2015 NSW History Fellowship exhibition This Is Where They Travelled: Historical Aboriginal Lives in Sydney.